Thank you for posting the clip FC Twente ignited a mad scramble for Ould-Chikh when announcing negotiations over a new contract had stalled.

With fans anxious about the 17 year-old's status and coach Alfred Schreuder publicly pleading with the club to get a deal done, Twente were forced into an official statement earlier this year, conceding the two parties were just too far apart.


this is guy isreally good
B

sidenote: from this day forward I'm going to rate goalkeeper goals which are not scored during injury time higher. Like someone just decides, fuck it, and goes all the way up to score.
B

Jasper said:
sidenote: from this day forward I'm going to rate goalkeeper goals which are not scored during injury time higher. Like someone just decides, fuck it, and goes all the way up to score.
Click to expand...

Heard about it at work.... I was gutted, but then i realised this is Cruyff. He'll find a way to beat it.

Last minute own goal. Caused an earthquake in the stadium: I just watched Ajax choke and lose the league against a team that already got relegated, this is beyond arsenal level choking.

Sage said:
I just watched Ajax choke and lose the league against a team that already got relegated, this is beyond arsenal level choking.

Graafschap isnt relegated at least not yet.

is there a 3 minute video of de Boer on bus? Has to be. Meanwhile we are prominent in his goodbye video. Even the knockout is there

Interesting development.... wonder where he'll end up next. Nou camp or EPL

He did a great job at Ajax in his 6 years

Lots of players leaving Eredivisie to go abroad this transfer window.. Think it's because of players like de Roon, Hoedt, Martina going out as very unknown players for low prices and doing decently enough. Interestingly enough, arguably the best player of last year, Ziyech, is still at his club.

I got PSV down for another title. Ajax too young. Will be cool to see how Mastour does aswell.

Feyenoord pretty much confirmed for their first league title in 16 years.

They don't have the greatest team, nor do they play the most attractive football, but they work hard and have been in the 1st spot of the league since matchday 1 so I guess it's deserved. They have been through rough times both financially and sportive (been just 7 years since that 10-0 vs PSV) recently so this league title is a nice symbol of their comeback as a club.

Ajax just came up short. It took some time for the players to get used to the playing style of the new coach Bosz but once they got going, they were and are playing really good and exciting football. The midfield of Schone, Klaassen and Ziyech is really strong, they signed a good centerback in Sanchez and they have a bunch of exciting prospects like Kluivert jr, Dolberg, de Ligt, van de Beek and many more. They just came up short for the league title but reached the semi final of the Europa League which is a big feat for a Dutch club these days. If they can keep the core of the squad together, which is never gonna happen, they are title favourites for next season for sure and might even advance through the CL qualifiers.

PSV absolutely fell apart this season. All of the players who were supposed to deliver (de Jong, Willems, Guardado) were dissapointing and the core of the squad is leaving in the summer too. Going to take a season or two of rebuilding to get back to competing for the title.

Also: Mastour was a total flop, Odegaard was anonymous /a flop too. Sam Larsson of Heerenveen is a nice talent for one of PSV/Ajax/Feyenoord. Dolberg, the Ajax striker, is a real one.

The worst days of the eredivisie in terms of quality seem to be behind us.

Congrats to Ajax for another title!

This guy was a (club) icon at 20 years old.. Even before this incident.

Came in at the Ajax youth academy at 8 years old, and been regarded as a very, very big talent since then. Some have said that he was the biggest talent in the Ajax youth since Cruijff. Besides that he was always positive, smiling, socially concerned but still fun. An embodiment of the Amsterdam- and Ajax character in both his play and personality. An example for Moroccan youth in the Netherlands who are facing a lot of political pressure. He was a fan favourite before he ever even made his breakthrough.

Debuted at 17 and he was expected to make it to the first team 2 seasons ago already. His career was destined for greatness, yet he never spoke about leaving Ajax. Fans always wanted him to play. He got more minutes last season and the upcoming seasons was supposed to be his real full on breakthrough.

This gets to me man.. More than usual. The whole of Amsterdam feels down. Actually the whole country is seized by emotion. All the clubs, the fans, the rivals and their fans, the artists, the people who don't like football.. everyone. Which says a lot. An athlete but more importantly a boy with a good heart.
Last edited: Jul 14, 2017

how did it happen? collisions?

helloAgain said:
how did it happen? collisions?
Click to expand...

He just sat down in a friendly a few days ago. Apparently he had arrhythmias but nobody was aware of this. His brain went 20 minutes without oxygen and while he is still in a coma, doctors have confirmed that he's pretty much brain-dead now. 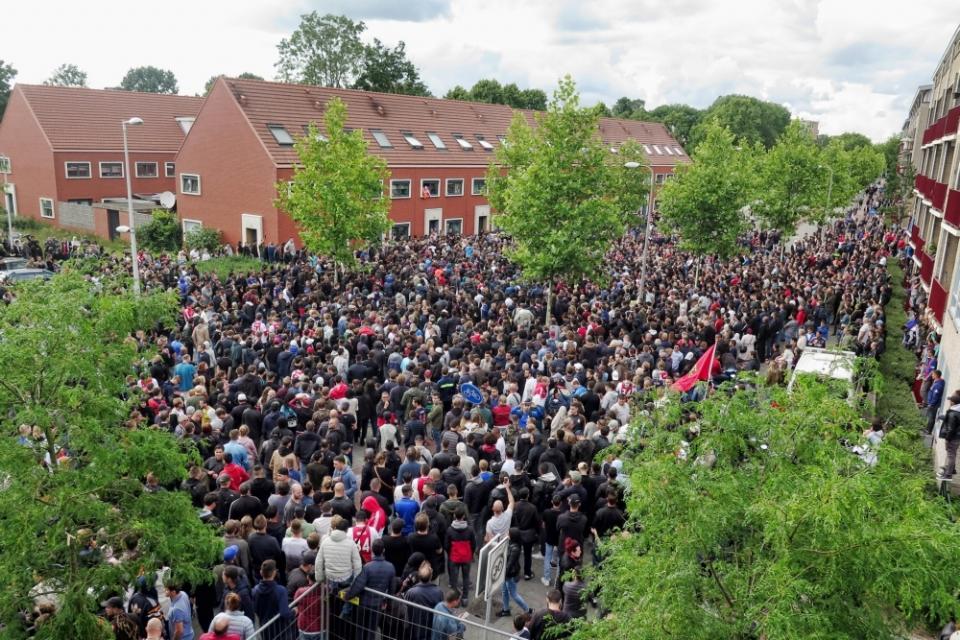 so awfull...vegetative for the rest of his life

This is shocking news, I read few days ago here, but I feel like making a comment on this.