Massaro94 is this true?

For you Massaro, RIP 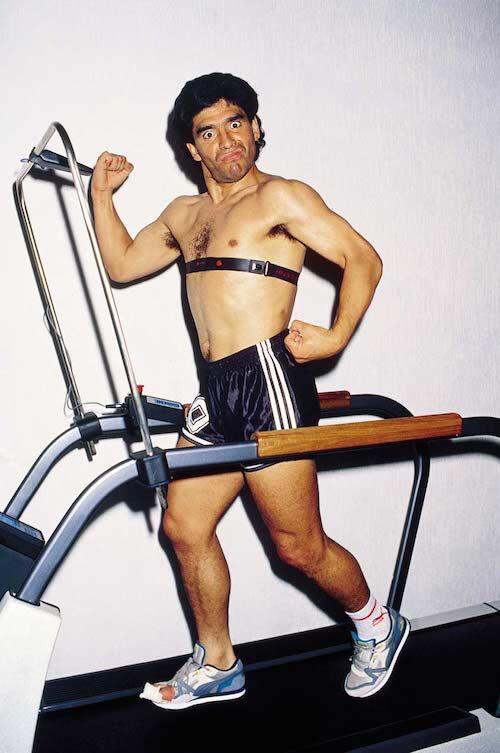 joyrider said:
Massaro94 is this true?

Could be... i mean if a small team like Spurs could attract Ossie Ardiles and Ricky Villa... don't see why The Arsenal couldn't get The GOAT :smileani: ... it's easier for London clubs to attract the top talent than it is for the rest of the English teams.

The last Argentine coach played for one of the Sheffield Clubs.

That is a mad clip tbh. Remember downloading it off FB few weeks back

I swear this generation of fans are lucky when it comes to following their football stars... back in my day

i had to wait for Trans World Sport to show a one minute clip of any foreign footballers. That's after sitting through 30 minutes of skiing, cycling etc

In 1990, after Maradona had led the Partenopei to a second Scudetto in three years, he was approached by Silvio Berlusconi, the president of his club's great rivals, AC Milan.

The No.10 even agreed to meet with the future Prime Minister of Italy. He was offered 10 billion lire a year (€5.2m) to move to San Siro. However, Maradona told Berlusconi, "I will never play for a team in Italy that is not Napoli. I cannot betray the expectations that the Napoli fans have of me."
Click to expand...

Shit, did not know this.

The treatment was understandable. Even now, the footage of Maradona gives you goosebumps. The goals were spectacular: chips, solo runs, curled free-kicks. A nonchalant volley from thirty-five yards. A goal scored while lying down. A direct corner. His balance was so sublime that defenders struggled even to foul him. He was also brave. He threw himself down for diving headers twenty centimetres off the ground. He went up for everything. Despite knowing he would get kicked, he drove into muddy midfield zones dense with hatchet men. “We had to be very well organised; put pressure on him, doubling up, tripling up even to limit his talents,” Franco Baresi told FourFourTwo. “Because if it was one-on-one, you’d lose.”
Click to expand...

Excellent read about his time at Napoli.

Still haven't been able to finish the clip. Had to stop after this pass https://youtu.be/grDmp3rMOrk?t=569

Anytime i read a statement like this. I think.... 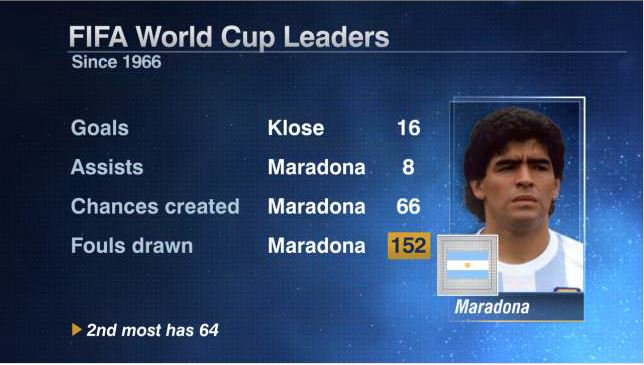 Journalist: "So, Cristiano Ronaldo said he's the best player ever, what do you have to say about that?

Maradona: Tell him to stop fu****g around"

Journalist: "Yes, well, if he's the best, where does that leave you?"

Maradona: "That's why I'm telling you, please tell him to stop fu****g around"

It's the story of the love affair between one man and one city: Diego Maradona's seven sensational seasons in Naples. James Horncastle is joined by the Oscar- and Bafta-winning director Asif Kapadia - currently editing his next documentary, El Diego - to talk adulation and addiction, indulgence and inspiration, and success and Scudetti.

This makes me hungry.
S

Is that Zlatan serving him the food?


I bet Massaro is also a Pele fan and would cheer for both of them if they played against each other.

Always with the drama

But yh gotta be boneless

Now normally i'm against tattoos, but this is quality.