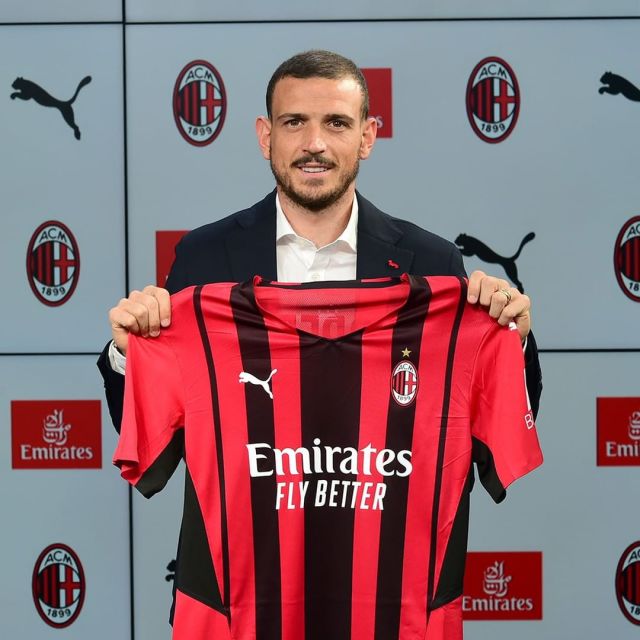 MEDIA
21 August 2021
OFFICIAL STATEMENT: ALESSANDRO FLORENZI
The Italy international has signed a contract with the Rossoneri
AC Milan are delighted to announce the signing of Alessandro Florenzi from AS Roma on an initial loan deal, with the option to make the transfer permanent. The player has signed for the Rossoneri until 30 June 2022 and will wear the number 25 shirt.

A newly-crowned European Champion, Florenzi scored five goals in 18 matches for Italy's U21s and has gone on to make 45 appearances for the senior Azzurri side, finding the net on two occasions.

Born in Rome on 11 March 1991, Alessandro came through the youth ranks of AS Roma, where he made his Serie A debut in May 2011. In 2011/12, he scored eleven goals in 37 appearances for Crotone, after which he returned to Roma. Over the following eight seasons in the capital, he played 278 matches finding the net 28 times. He moved to Valencia in January 2019 and then spent the 2020/21 campaign at PSG, where he scored two goals in 36 appearances and won the French Cup and French Super Cup.
Click to expand...

He seems like such a great member of the squad. Comes across as positive and passionate. He struggled at the beginning of the season, but he has played his part so well this season. No issue with him continuing with the squad and continuing to set a great example for younger players.
S

He's a good senator indeed, but the salary is high also.

Anyine reporting his salary as well?

He earned €3m at Milan last season because he was on loan and that was his salary at Roma. Considering Gazidis' salary bloodletting, I'd assume somewhere just below €2m.

The Italian defender joins the Rossoneri on a permanent basis