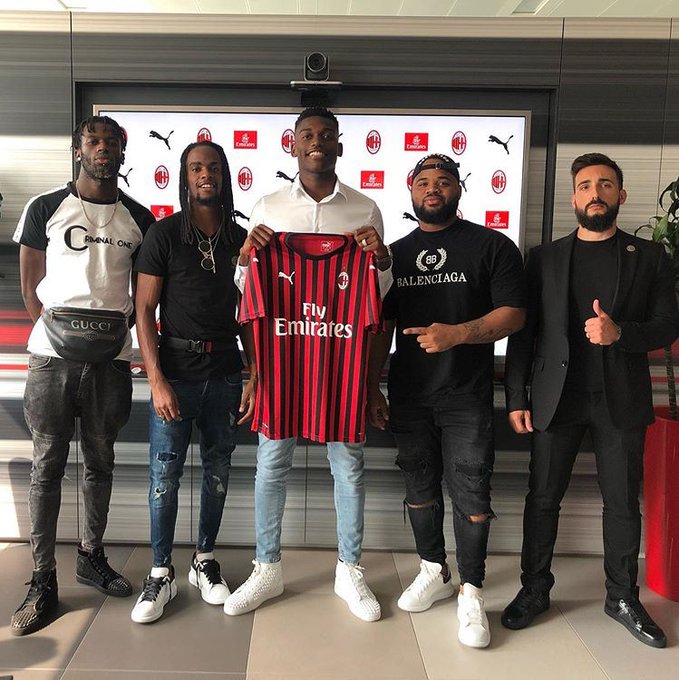 I think I read he scored 8 goals in the French league last season. 30 mil is a lot of money if correct.

Welcome, I just hope you are worth the money.

8 goals in 24 appearances in his first year in a new league sounds decent to me. Players just cost stupid money these days.

I just wish you to kill Da Serie A with krzysztof. May God keep you away of injuries.
A good article about the ninja turtle : https://sempremilan.com/rafael-leao-insight-scouting-report-statistical-comparison-rating-and-more
Last edited: Aug 1, 2019

apparently in an interview given by someone at Sporting in the youth sector (who was also there for Ronaldo) he said that Leao was the absolute best/most talented youth player he'd ever worked with.

I need to find that interview, I thought Id booked marked it, ffs.

Tiago Fernandes: “I pushed [then-Sporting coach] Jorge Jesus to take him in the first team and I said to him: ‘Yes, Gelson Martins has talent but Rafael is the best player in the history of the Sporting Academy’. At youth level, he was better than Cristiano Ronaldo."

Get a very cocky vibe from this photo . These kinda guys in my experience are very momentum heavy . Hopefully he starts crushing right away

Didn’t realise there was already a thread. Delete

Good luck! I see monster potential in the kid. Has a similar game to Adebayor before he went to shit, just more technical. Can’t wait to see him in action.

Raghav said:
Get a very cocky vibe from this photo . These kinda guys in my experience are very momentum heavy . Hopefully he starts crushing right away
Click to expand...

MarioReality said:
Tiago Fernandes: “I pushed [then-Sporting coach] Jorge Jesus to take him in the first team and I said to him: ‘Yes, Gelson Martins has talent but Rafael is the best player in the history of the Sporting Academy’. At youth level, he was better than Cristiano Ronaldo."

this guy worked w the Sporting Academy.
Click to expand...

"When he decides to be decisive, he is. He just has to 'click' and he does it. There are players that if they force it, it doesn't work all the time. With him, you say to yourself, what potential, what power!

"The big problem he had was complacency. I tried to move him because I was one of the oldest."

Everyone who worked with Leao from a young age, believe he is a phenomenon.

From what I remember, Man City, Real Madrid and Man Utd were all pushing to sign him while he was unproven in Sporting's academy. (I believe that Man City's interest was the strongest, they were willing to pay €25m+ for an academy striker, at that time).

Then a physical altercation between fans and Sporting players broke out, which resulted in his contract being rescinded, by the orders of UEFA/FIFA.
C

After months of speculation, the inevitable finally happened. Earlier this week Patrick Cutrone completed his move from Milan to Wolverhampton Wanderers in a deal worth €18m plus bonuses.

The majority of the Rossoneri tifosi might feel that this is a sad ending to a story of a boy that grew up and became a man, wearing the jersey of the club that he loves, before eventually becoming a victim of the cruelty of the modern football world. While this is true to an extent, the Cutrone move also has another dimension, which is related to the purely technical choices of the club.

There is little doubt that Cutrone is a very good finisher, but Krzysztof Piatek is arguably a better one and the arrival of the Pole seriously limited the chances of the Rossoneri youth product for a place in the starting XI. Piatek and Cutrone are also very similar when it comes to the areas of the pitch that they occupy, which makes it hard for any Coach to field both of them at the same time.

While Piatek showed that he has the potential to lead the Rossoneri frontline, his struggles towards the end of last season also showed that Il Pistolero is most effective when he has an attacking partner right next to him.

All this led to Il Diavolo spending a figure close to €35m to get Rafael Leao from Lille, as the 20-year-old impressed during his debut season in Ligue 1, netting eight goals and providing three assists in 26 appearances.

Taking a closer look at the Portuguese’s striker abilities shows that his acquisition actually makes sense for Milan, as Leao is much more flexible, fast and capable with the ball at his feet than Cutrone. Yes, the new Wolverhampton acquisition is undoubtedly a better finisher, but considering that Piatek has already taken that role, Cutrone just doesn’t offer much else.

Standing at 1.88m tall, Leao is also a notable presence in the air, as he won 1.2 aerial duels per game last season in a Lille side that prefers to keep the ball on the ground. However, Rafael’s formidable height is complemented by impressive pace and athleticism, which actually makes him very similar to Genoa’s Christian Kouame when it comes to his physique and characteristics.

Kouame was one of the main reasons for Piatek’s sensational start to life in Italy, as the pair showed impressive cohesion and understanding for Il Grifone during the first half of the campaign.

The Rossoneri’s management had undoubtedly taken this under consideration before bringing in Leao, as it was already clear that Piatek performs best with a fast and athletic striker next to him.

However, Leao’s talents go way beyond his physical characteristics, as the Portuguese U21 international possess impressive dribbling skills and has a natural instinct when it comes to his movement in the attacking third.

While Cutrone was mainly dangerous in the box, which is now Piatek’s area, Leao can open up spaces from any position on the field and is capable of drifting out wide, as well as running behind the opposition’s backline. Leao’s acceleration in such situations can not only cause confusion and open up spaces for his partner, but also makes him extremely dangerous.

All this can work pretty well in Giampaolo’s favoured 4-3-1-2 formation with Lucas Paqueta occupying the trequartista role, Piatek and Leao pairing up front. However, it should be said that the Portuguese is capable of playing out wide as well and can potentially fill in the left wing role in a 4-3-3 setup, as this position proved to be problematic for Milan in the past, with each of Hakan Calhanoglu and Samu Castillejo struggling to perform there.

At first glance, spending almost twice the amount the Rossoneri got from Wolves for Cutrone for bringing in the former Sporting Lisbon prospect looks like a huge gamble for Milan. However, considering that it was already clear that Patrick’s chances at the club would’ve been very limited and that Andre Silva returns from his Sevilla loan, Rafael Leao’s arrival is a risk well worth the taking for the Rossoneri. 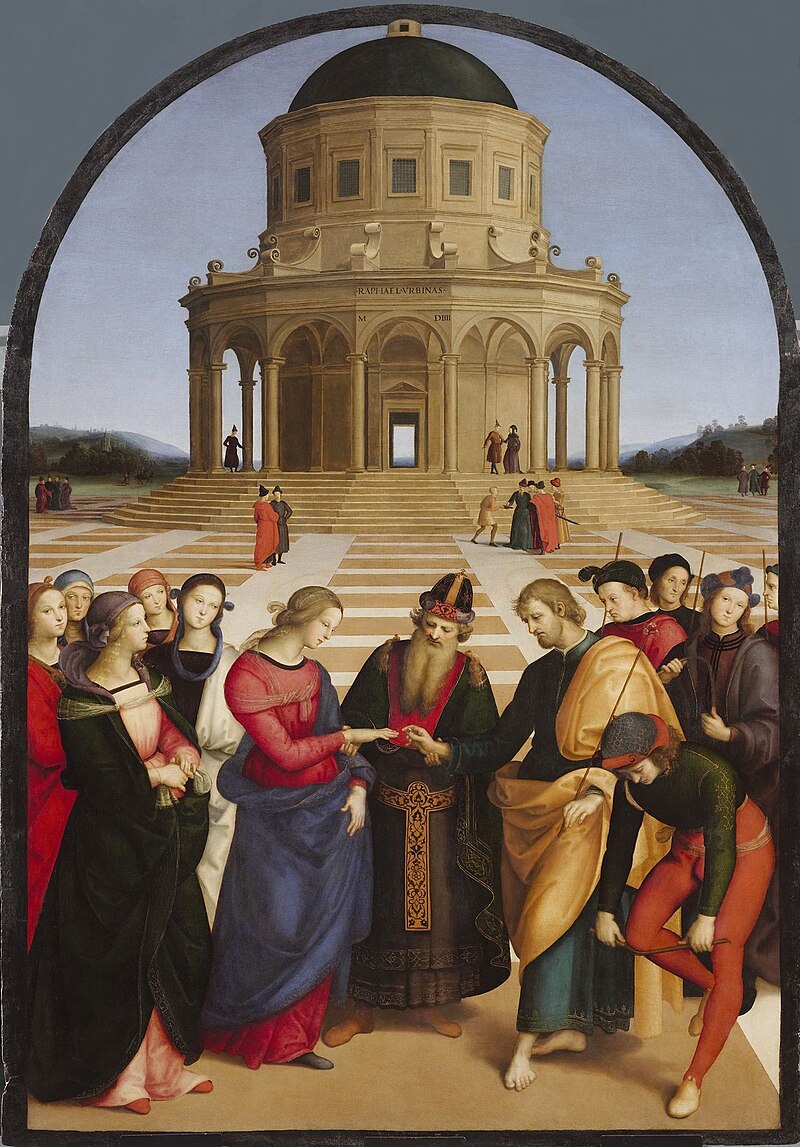 Haven’t had this level of potential at Milan in a young forward for a very long time, not since Pato. Niang was never at Leao’s level. Exciting times ahead!

Love this signing. I hate that it was Cutrone sold rather than Andre Silva to fund it, but I think this is a great signing objectively

Will he play today? Heard that he travelled with the squad to Cardiff.

necromancer said:
Haven’t had this level of potential at Milan in a young forward for a very long time, not since Pato. Niang was never at Leao’s level. Exciting times ahead!
Click to expand...

What about Andre Silva?

Hyped as next CR7 and now look. That said, surely the balance of one soon-to-be world class Portuguese player will make us forget about the fraud.

Pingu said:
What about Andre Silva?

Hyped as next CR7 and now look. That said, surely the balance of one soon-to-be world class Portuguese player will make us forget about the fraud.
Click to expand...

Silva was pure verbal hype from Cristiano. When one watched him play or even in youtube compilations, he was always just mediocre.

I had said many times back then not to take national team form seriously. The level of football is much below a top league level.

Leao's technique and skill are evidently miles better than Silva's.