Kinda flopped hard in the UCL though.

His record against the top sides in europe was also terrible.... real, barca, milan, munich.

Decent manager.... but most definitely not the greatest of all time.... not in the top 5 or maybe even the top 10.

As one united fan put it.... i'll respect him for the trophies.... but where was our galacticos... we had the money yet didn't go out and build a super team.

Massaro94 said:
but where was our galacticos
Click to expand...

He cud walked into Barca, Milan, Juve or Real n tell the GK to get the fuck out...

Qaas said:
So hmm tell me what else i should know about pellegrini.
Click to expand...

Now that I think about it, maybe SAF knew Pelle was coming to City which is why he announced his retirement at the end of the 2013 season. 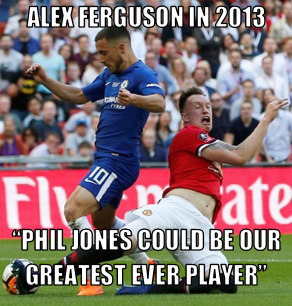