Xavi was a fucking mastermind as a player, hardly surprising.

Anyone watching the opening for the copa del rey final?

Jivara said:
Anyone watching the opening for the copa del rey final?

It is funny tho

Mbappe didnt stay... he was made to stay.

Fuck all these hoes

Il clasico starting soon, should be a great game.

If it's boring, you could always switch to lazio udinese

AC_Wesley said:
If it's boring, you could always switch to lazio udinese
Click to expand...

Was watching that till it started, Benzema just scored

Az. said:
Was watching that till it started, Benzema just scored

Carlo and his boys teaching him a lesson

Cashie coming on to turn around a 2-0 deficit

Swagotelli said:
Cashie coming on to turn around a 2-0 deficit

It went tits up, just as his move there 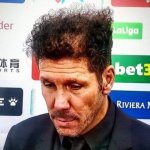 Former Barcelona board member Roman Gomez Ponti has been recorded slamming Lionel Messi as leaks have made it to the Spanish press today.

The group were furious that details of Messi's contract had been leaked to the press in 2021, as ex-head of legal services Ponti hit out at Bartomeu for his favouritism of the club's star man.

"Really, you can't be such a good person with this sewer rat," he wrote. "The club has given him everything and he has dedicated himself to marking a dictatorship of signings, transfers, renewals, sponsorships just for him, etc."

The board member continued to slate Messi, calling him a "pesetero", meaning a money-grabber, while questioning the contract renewals of key players Luis Suarez, Jordi Alba and a renewal fee to Ansu Fati, which went to his agent, Messi's brother Rodrigo.

Ponti also allegedly said: "The accumulation of blackmail and transplants that the club and those of us who work have suffered from this hormonal dwarf that Barça owes life ... ahhh. But when they go wrong you receive their mythical whatsapp: 'press and pay the others, but don't touch me and Luis (Suarez)'. Hopefully it goes between the indifference of the people, which is the worst thing that can happen to (a manger more)."
Click to expand...

Reals defense is very leaky.
Militao is such a clown.

Rudiger’s passing out from the back has been terrible as well. He was at fault for the first goal.

SecondStar said:
Rudiger’s passing out from the back has been terrible as well. He was at fault for the first goal.
Click to expand...

Kessie looking lost out there and was at the heart of conceding that goal.

SecondStar said:
Kessie looking lost out there and was at the heart of conceding that goal.
Click to expand...

i loved that moment