Forza AC Milan said:
Lack of money is a bad thing for Milan. I would love RDP here. Excellent player.

But I would want a player on the RW that?s fast and tricky in addition to creativity

RW for RDP would restrict his creativity

If we want a more attacking one, we can get Thauvin.

But he also played Samu more than Diaz.

Goodfella said:
The Sassuolo loss was a bit random. We had enough chances to kill the game before the hour mark - and a major part of the reason for our collapse were the subs of Hakan+Rebic, which was sort of forced because of Hakan's fitness problems and Rebic being at risk of missing the Lazio game due to yellow card accumulation.

But the Spezia loss was not one bit unfortunate and that shouldn't be ignored. It exposed serious problems that have yet to be fixed or even avoided. We're still getting overrun whenever Bennacer and Hakan start - and they're still getting starts whenever available.
Theo is still a massive liability. We're still very Calabria dependent. Our counters are still mostly terrible. Our high press is still ineffective when Leao & Ibra start. Mandzukic's defensive free role is still messing with our defensive structure whenever he's playing.

Much of our problems stem from the many injuries, suspensions and COVID.
But what caused the injuries and do we believe that it won't be repeated next season? I'm not sure. I think it won't be as bad next season, due to a longer preseason and less congested fixtures. But we're seeing even the reserves getting muscle injuries after only one or two games. Our high intensity approach seems to be contributing heavily to the muscle injuries too. Another factor might be whatever it is going on at Milanello. The intensity and enthusiasm is being praised by Ibra, Pioli, Capello and others that witnessed the players train at Milanello. There were reports of players showing up, training even during off days. Perhaps it's a strictly good thing with no cons as Ibra is making it out to be, in other words the players weren't just enthusiastic about the fun parts of practice. But looking at the amount of muscle injuries in training, and how fatigued many players look in matches even with 7 days between them, I'm not so sure.

Will the injuries or the issues that were exposed and punished by Spezia continue being massive problems next season? That to me is a more important question for this team and it's strategy's future, than potentially having +3 points from the Sassuolo game.
Click to expand...

I agree completely about the nature of the Spezia loss. It was shockingly bad. I think my point was that on paper we clearly should have won. Let's hope we don't get another Spezia performance today.
M

Berlusconi said:
Franco Ordine for MilanNews.it is reporting that AC Milan could miss out on the UEFA Champions League spot this season and still be in good financial shape next season as has been repeatedly stated by CEO Ivan Gazidis and President Paolo Scaroni over the course of the year. Milan?s current net debt is 104 million euros which is significantly less than that of Juventus and Inter Milan. Elliot Management - the American owners - have injected 650 million euros since taking over.

Milan closed of the 2020 financial year with a record loss of 194 million euros but this was largely exacerbated by the COVID crisis. Milan missed out on match day revenues for the final 3-4 months of the season including a number of big games. The 2021 financial year is expected to close out with a loss of around 90-100 million euros which is significantly lower showing the constant improvement by the current management.

This means that Milan will be able to make some good investments in the summer transfer window whether or not they qualify for the UCL
Click to expand...

So, we will account 'only' 100 m in red, so we will spend good money on the market if we miss out on CL football? ZERO SENSE in this report

Even with CL confirmed I doubt we will spend anything more than 50 m net. Without it, we will spend all our money on covering the players that left (Donnarumma, Hakan, Tomori)
R

I am seriously fed up with seeing new Mid/Defence signings. FFS, just buy a damn striker and end our sufferings. How hard is it to get the damn idea that we suck at attacking.
ST>CAM>=RW+LW>EVERYTHIGN ELSE.
There is zero reason for the club to sell Hauge. If we do then we truly are without a plan. Where is the so called "Project"?

Andrea Radrizzani, owner of Leeds, on the interest in an Italian club. The statements to Repubblica: "Are we looking for a team in Italy? Or in another European country, yes. And this time I would like a great club.

"In Milan there are two: one is open to new shareholders at least given the Chinese situation, the other is owned by a fund, and so sooner or later it will sell? There was nothing, if that's what you want to know . But an interest exists, let's see how Suning's plans evolve. On the other side, Elliott has improved the management of Milan, but as you say he will sell sooner or later. In Europe there are three clubs that have great development possibilities: the two Milanese and Atletico Madrid. For now, let's stay at the window and enjoy Leeds. But do you know that in three years the Academy players called up for the various national teams have gone from two to sixteen

MilanBG said:
So, we will account 'only' 100 m in red, so we will spend good money on the market if we miss out on CL football? ZERO SENSE in this report

Even with CL confirmed I doubt we will spend anything more than 50 m net. Without it, we will spend all our money on covering the players that left (Donnarumma, Hakan, Tomori)
Click to expand...

There are always free and cheap players.

We can raid some clubs who are struggling with finances and take their players for less than 20M.

But we can?t invest everything in one or two players (Vlahovic) right now.

Milan are moving towards tabling the first offer to Udinese for De Paul. The price tag is €40M but Milan plan to include some young players to lower the economic aspect. Hauge, Pobega & Brescianini could be included in a potential deal

Albert Sambi Lokonga is one of the youngsters that Milan likes. The Anderlecht midfielder is sought after by many European clubs.

The manager of the Belgian club, Verbeke, has opened the door to his transfer: “If an interesting offer arrives for us and for the player, we will not stop him. We would like to keep him with us, but it could be the right moment for him,” said Verbeke to the newspaper La Derniere Heure.

Juventus insists on Donnarumma. According to reports from **********, last Wednesday a meeting took place in Milan between the Juventus managers and Mino Raiola, the young goalkeeper's agent. To have any hope of closing the deal, Juve must absolutely hit the Champions League goal and then be able to place Szczesny, whose sale would guarantee an excellent capital gain. Milan has offered the player 8 million a year, a figure that does not satisfy Gigio and his agent.

Anybody know something more about Radrizzani? I'm not so sure about Italian owners tbh

Omar500 said:
Anybody know something more about Radrizzani? I'm not so sure about Italian owners tbh
Click to expand...

looks like modern guy with some money trying to increase wealth by investing smart
bought leeds and looking for other minority shares opportunity where grow is expected
talking about milan, inter just to get attention as a serious guy...

He is the type of player we should be looking at, someone who is ready to take the next big step in his career, good age, a regular for his national team, reasonable wage demands and from a technical point of view he can cover many areas in midfield and is someone who can protect the ball and create something.

If we have De Paul, Hakan and Bennacer then the midfield can dominate the game and I would have them play in a diamond with Kessie behind them protecting the defence.

Hauge is an interesting player but if he must be sacrificed for this deal then that's a good risk to take. Pobega and Bresciannini can also go.

Look for more RDP like deals, if we can get someone thing similar for Bellotti or Vlahovic then we would really be doing ourselves a favour. Our next signings should focus more on these profiles, good deals for somewhat proven players who want to go big, not only signing unknowns.
N

Gazzetta - Milan on De Paul: it is a message also to Calhanoglu

I'd prefer someone else for 10

id have RDP even if Hakan leaves for free

Yes to Rodrigo de Paul if Hakan is going to stay, so we're going to have some options and variety in CAM and RW positions. Rodrigo de Paul, Belotti, Lokonga, Tomori, Tonali, Hysay, Amavi, Maignan. I think it's pretty good. I would send Pobega to Udinese, and I'd like to keep Hauge tbh.
M

De Paul is great news. With Rebic, De Paul and maybe Belotti we?d have an attack extremely strong against the ball.

De Paul will probably not be an easy operation.

Btw, when I see Cutrone running in this game and then I think of Ibra...

RAIOLA: "Ibra would still be at Real if he had gone there. If Ibra had gone to Madrid, he would still play there today. Because Zlatan is not formed on the strength of a philosophy, but on that of a great player, like Benzema, Cristiano, Di St?fano or Puskas. trained on pure talent and Bar?a on a philosophy, on an idea of ​​the game that you could participate in if they put you in that system. Another difference, for me, is that Madrid let Cristiano go. Barcelona did not let Messi go, because he was fundamental to their philosophy ".

Raiola on relations with presidents and managers: "I don't have a great relationship with Florentino Perez. I like talking to sports directors, unless a president has similar functions. I am thinking of Gino Pozzo, who is president, sports director, coach, player. Then there are others like that, like Agnelli who is a friend and we talk to each other a couple of times in a year. But at Juve I deal with Paratici, as at Milan I deal with Maldini.” 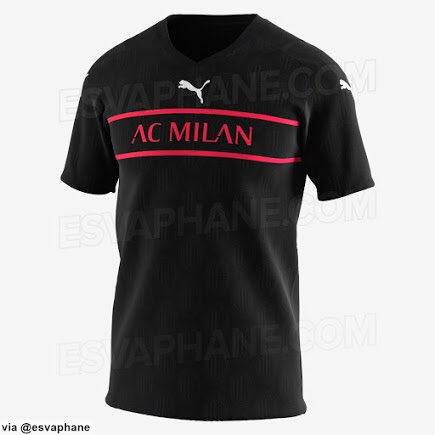 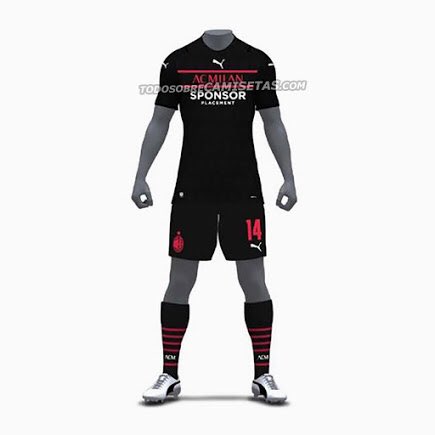 I already wanted De Paul here like 2 seasons ago. He will be a great buy. 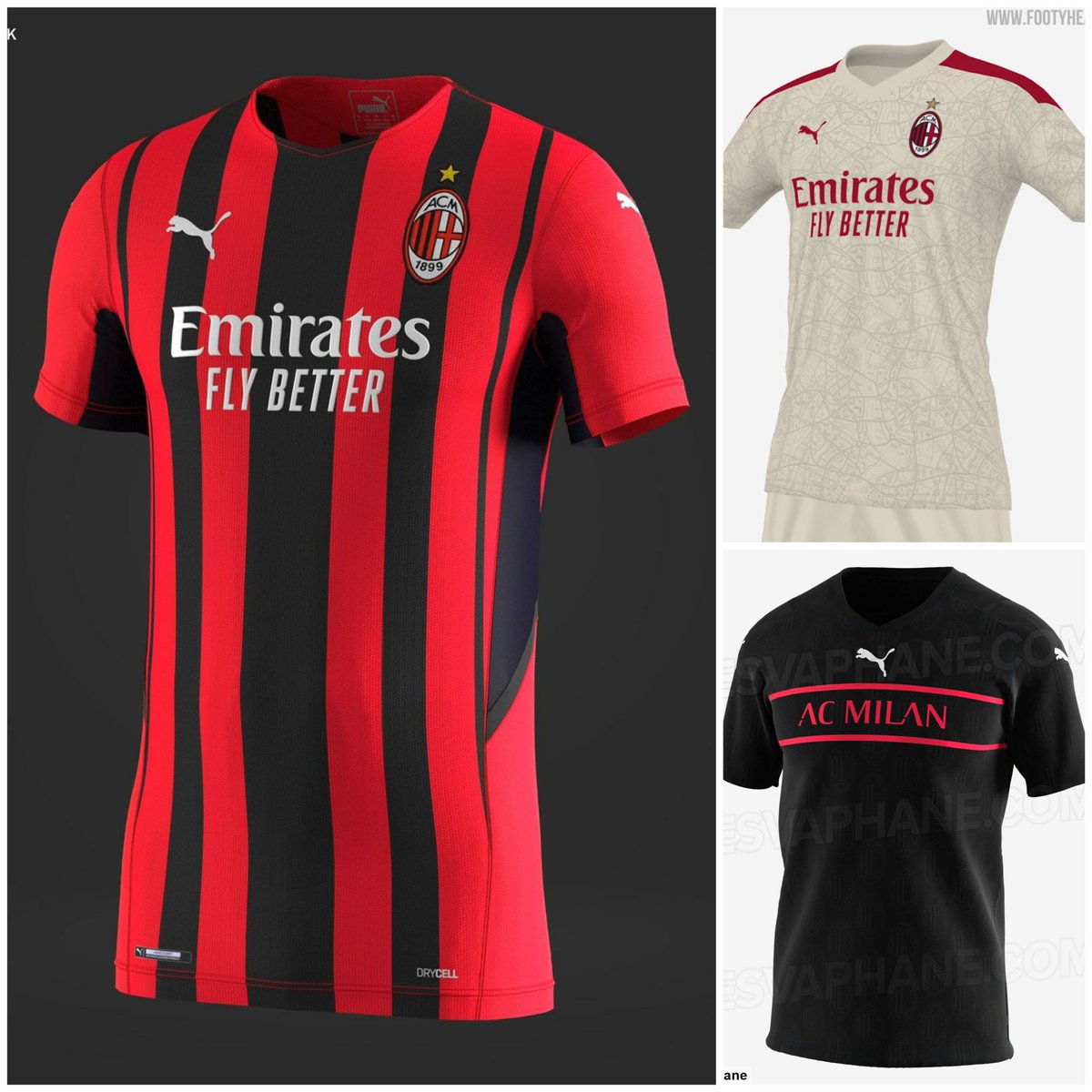 WhoScored ranks De Paul as the second best player in Serie A. Ronaldo is the first.