Nevermore said:
For how long Tomori will be out? Is it same as ACL injury?
Click to expand...

nonsonoqui said:
My concern is that the players and their agents don't negotiate in good faith. The only players who have shown total commitment to the cause are Calabaria, Tonali, who are both Italian and likelier to stay, and Saele, whose renewal isn't really that exciting because he isn't as important or as good as the other key players.

It's a problem, and I will believe renewals when I see them. Even Theo's.
Click to expand...

But people ask why do we need Italians / Milan fans / Academy products?

Meniscus injury is no joke

so fucked up to lose our 2 best CBs

They should really fire everyone at MilanLab / fitness coaches and start from 0. You can't solve this problem with the people that have created it.
N

But they can become nagging if it doesn't heal correct and PT doesn't go well
Click to expand...

thanks, glad to hear that
C

I’m sorry. But our fitness team has to be the issue at this point. No way Inter has no injuries when they play on the very same pitch we do week in and week out. There’s an issue there and it needs to be resolved. It’s not bad luck anymore. It’s a pattern.

Inter don’t get injuries at all or rarely do, even last season. Hakan got injured last season and seasons before. Watch how he goes a full season. Get whoever is Inter’s fitness team and pay them whatever they want.

Rossonero81 said:
Leao is the kind of player that you offer a good contract. One or two million over the budget doesn't weigh up against his rising value and his value will continue to rise. Simply put, Leao is our shining diamond. You extend him no matter what.
Click to expand...

Agree, you can literally see the spark he brings to the attack in the last few matches compared to the month or so without him. Not even Rebic can capture it

Might be controversial here but I think he deserves a similar wage to Theo, they are players of similar stature imo

Fuck my life! Can we fucking catch a break for once? Wtf is this. Make it make sense

Wild said:
Wow , i stand corrected.
Your point was insanely relevant.
The fuck that got to do with anything ?
We are a midtable team with a great history.
We arent rich & we havent won a title for more than 15 years.
Nothing wrong with that & am enjoying that Maldini is rebuilding our status.
Click to expand...

You literally said: "Most big clubs can offer players what they want 99% of the time."

We offered Donna more than what he gets at PSG, because he wanted to stay, but he played games, so we told him to fuck off.

You are acting like we can't pay players. We can. We do.

Would you pay Kessie 9m? More than Rodri gets from Man City?

And how in the living fuck are we mid table? How? Explain how 2nd is now midtable.

And now we haven't won a title for 15 years?

Ronin said:
no he wasn't... + ugly face and cringy celebration
Click to expand...

not at milan he wasnt lol. he was shit here, obviously. and yes, his celebration is fucking stupid.

Wild said:
We arent rich & we havent won a title for more than 15 years.
Click to expand... Samaldinho said:
You literally said: "Most big clubs can offer players what they want 99% of the time."

We offered Donna more than what he gets at PSG, because he wanted to stay, but he played games, so we told him to fuck off.

You are acting like we can't pay players. We can. We do.

Would you pay Kessie 9m? More than Rodri gets from Man City?

And how in the living fuck are we mid table? How? Explain how 2nd is now midtable.

And now we haven't won a title for 15 years?

Amen, brother. Milan is doing smart business. We pay players based on merit.

Nevermore said:
For how long Tomori will be out? Is it same as ACL injury?
Click to expand...

According to this article, if we follow Florenzi's track record (given it's the same operation) , he could be out for around 35 days or so.
That said, he misses Spezia, Juve, Inter, the Quarter-final of the Coppa Italia.

ibelongtomilan said:
Sorry for disappointing you guys but Milan will back to square one if we sell players like Leao. Sell him then what? Theo next? Tomori? And then buy another 18 yo player and hope him to become another Leao one day? This is Milan not a fucking Benfica. A player of this caliber cannot be sold easily. You think under any circumstances would Real sell Vinicius? I put him and Leao on the same level.
Act like a big club for once ffs, it’s been too long already. Give him what he wants, keep our core players at all cost. Milan is the club that splash money to buy core players from other teams, not the other way around.
Click to expand...

Act like a big club and give him what he wants? Easier said than done unfortunately.
As of right now, in terms of revenue, we’re the 30th biggest club in the world.
If we’re not careful and start just giving players “what they want” other players will demand even bigger salaries. This will certainly put us back to and beyond square one.

The new trend in the market is players running down their contracts to get bigger wages and sign-on fees. We’re already way too familiar with this trend, but it’s gonna continue like this unless FIFA/UEFA introduce some sort of wage cap.

We can’t offer big wages like the clubs we like to compare ourselves to, but what we can offer is something that is (or at least should be) of much higher value to a young player: guaranteed playing time and lots of it.
That + CL next season makes me believe we’ll be able to strike deals with Leao, Theo etc. that are reasonable for all parties involved.
And if we can’t? Then sell them. Better fucking that than them leaving for free.

Wild said:
We are a midtable team with a great history.
Click to expand...

Go see a therapist, you got banter ptsd
M

No impact knee injuries happen, muscle injuries is something we have to look in to. 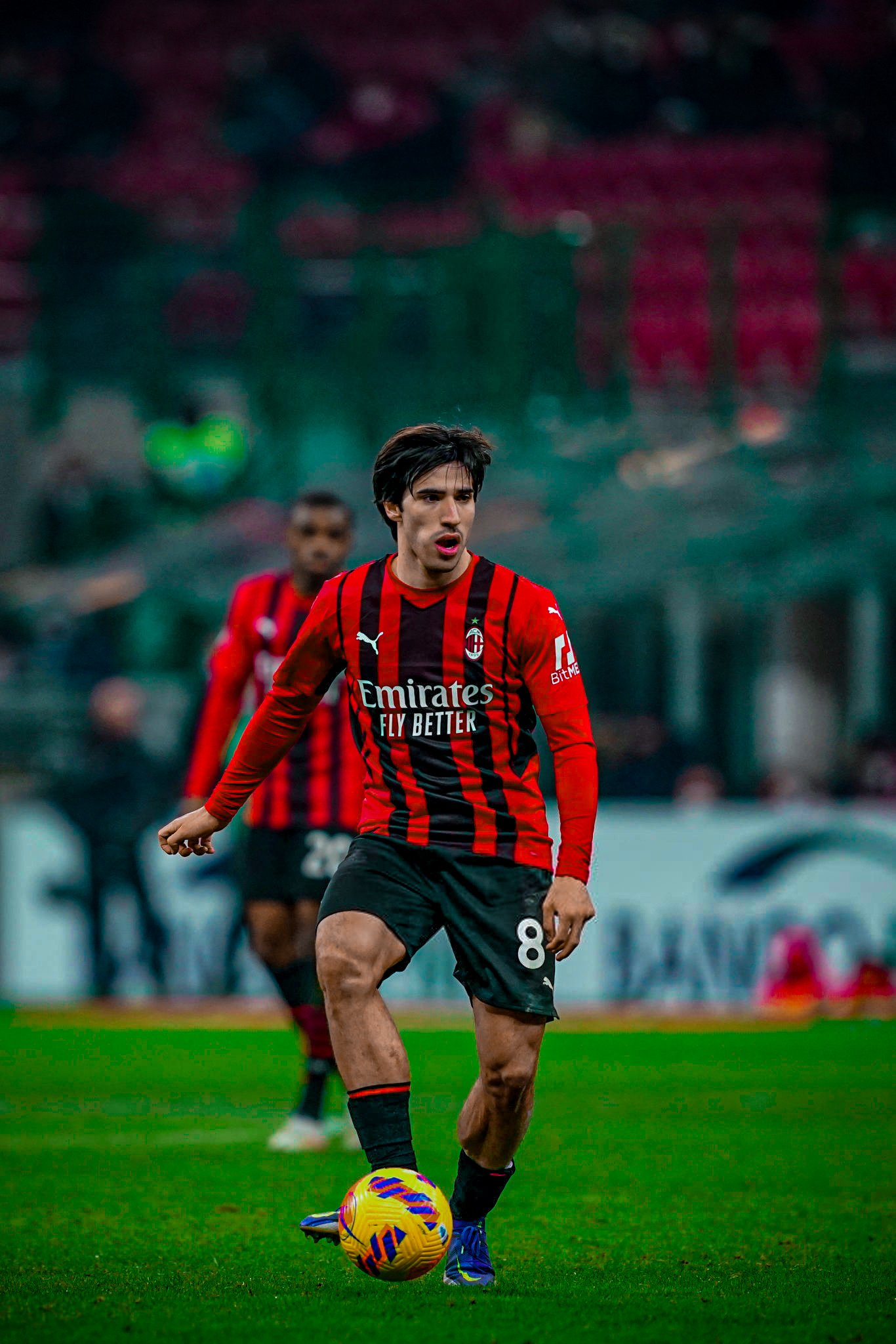 The roster is stretched super thin at CB and in the midfield, but management will wait until the last days of the mercato to find a cheap option.

It's hilarious if the transfer rumors are true that they're looking at players at the AFCON that provide no immediate assistance.

Fucking hell, another player who needs surgery, we have no luck at all with these injuries.
Really bad to lose Tomori for so long, hopefully he comes back stronger.

In this case we should keep Gabbia and not let him go on loan. I do trust Kalulu and Gabbia as CB pair, they are performing well together.

At least Calabria is back, so our defense is not completely out.

Who are we signing in January? Hope it's Ake

Dokoa said:
Who are we signing in January? Hope it's Ake
Click to expand...

Dokoa said:
Who are we signing in January? Hope it's Ake
Click to expand...

We need to sign backups for our backups (Gabbia-Kalulu), because our starters (Tomor-Kjaer) and THEIR backup (Romagnoli) are out....
This is the most ridiculous situation that I've ever heard in all my years of watching football. 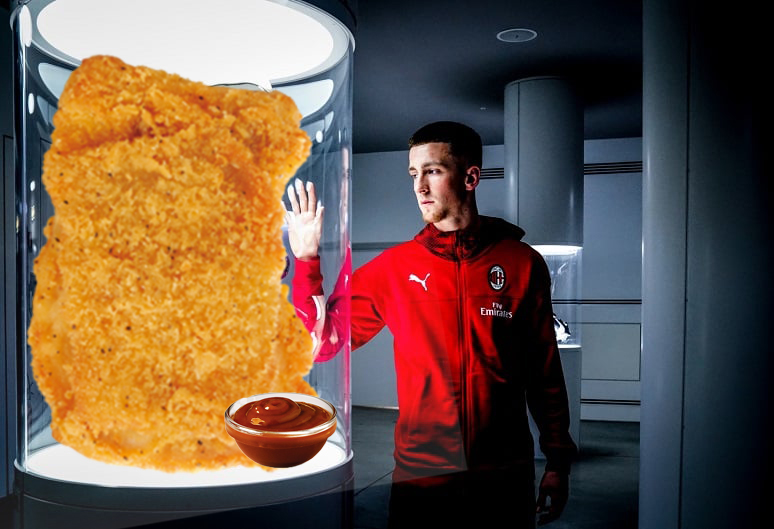 not sure if its good or actually bad

I'm looking forward to Kalulu and Gabbia bossing the derby.

Please make sure it reaches saladmaekers by midnight. I did my share

Tomori hurts his meniscus and now Milan is a small, mid-table club. Get ahold of yourselves.

Unfortunately, injuries are playing a substantial role in our Scudetto challenge for a second consecutive season. Overall, we continue to build and move in the right direction, and I’m hoping years from now we will look back on these 2 seasons as growing pains along the path to multiple titles.

We absolutely have to make changes with the fitness staff… A meniscus injury is usually just a chance injury that happens, so I don’t blame the staff for that. The absurd amount of muscle injuries is the bigger concern.

I also don’t think I’d be playing my most important player at an extremely thin position in the Coppa Italia, but I digress.

this brings me back to my baseball days where i tore my meniscus and got it fixed. I was even more unstoppable. Then I fractured my spine and my team won state championship