We bought the French Rui Costa with Hauge money.
Click to expand...

imagine tonali and renato behind him? monstrous
K

We bought the French Rui Costa with Hauge money.
Click to expand...

When is the last time Milan had a player who could pass like this?

papaberlu said:
When is the last time Milan had a player who could pass like this?
Click to expand...

So we lost Hakan to Inter and now Kessie is going to Juve? That's not exactly what winning teams do. We shouldn't be losing our starters to our direct rivals. Especially not for free. Our management has a lot to learn. I've said it before and I'll say it again. This is very Arsenal-like and I don't like it.
Thank God we're in Serie A, where we can still remain competitive despite these horrible mistakes.

We need 1 or 2 signings to challenge Inter for the Scudetto. We're making it too easy for Inter this year, and next year onwards Juve and Napoli will be back as top contenders. We should be capitalizing NOW. It's clear the owners don't really care about titles and championships as much as we do and that's very annoying.

milanator said:
So what? Either you have a strategy then you need to stay calm whether you are in 2nd or 5th place or not and you run after short term success.
Going for short term is not always wrong, if you have an aging team you need to push for short term at some point, but not in the phase we are in it would be stupid to get baited by titles.
Click to expand...

Ok that's enough foruming for me. I'm going crazy with this stuff.
You're in second place and just a little push and your years of planning can pay off....nah bruh better not to get baited by a title challenge

THE WHOLE FUCKING POINT OF HAVING A FOOTBALL CLUB IS TO CHALLENGE FOR TITLES.
I gotta take a drink. There's a full bottle of gin in the kitchen and enough lime juice and tonic that's baiting me into making one

brk said:
We didn't struggle to get Maignan. We got Tomori and Tonali this year. Those three guys combined cost less than Vlahovic. I wouldn't trade Vlahovic for any of those three and i'm not kidding.

We sometimes forget what we have because there's this shiny thing in front of us. Please imagine we spent 50m on Maignan, 60m on Tomori and 70m on Tonali. Maybe you'll feel better?
Click to expand...

All three were confirmed the season before. Tonali and Tomori were players from last season. If you wanna really beat that drum we spent like 70m then in two seasons (Maignan's signing was a situation created by our own actions regardless of what the Donna debacle was).

Going into this season, we needed a starting CF, starting RW, and a starting CAM (after letting go of Hakan). We got fuck all for that bar a couple of absolute banter players. Did we really need a Messias to backup a mediocre Saele? Did we really need Giroud if we didnt decide to go with a 40 yr old Ibra as a starter (and one who missed half of the previous season with his age clearly showing)? Diaz as the starting CAM? Really? (arguably one of the most important positions in the formation we play) with Maldini jnr as a backup (lulz). Ballo fucking toure? Dude who Monaco fans were glad to be rid of?

Im all for loan with option to buy. But its obvious with that strategy it means the next season's transfer budget gets fucked because you would have to spend most of it confirming players from the previous season.

Regardless, I wouldnt fault management for this. They can only do the best with what they have been given. But fucking lolz when anyone thinks Elliott is some sort of savior when its been obvious that they are tying to get by doing as little as possible (and have lucked out because management and Pioli have done a brilliant job).

Her: Hey dru...this ass has your name on it
Me: Hahaha not falling for THAT one m'lady...I gotta take you out to the Olive Garden three times and catch you slippin that one time (maybe 3-4 months down the line) The National Flag of BRK and Sam

Would this mean no Botman/Bremer or maybe Ale isn't staying

Samaldinho said:
I may or may not speak Arabic either. From what I understand... this guy from the Gulf comes into an Egyptian store, and she's selling him perfume, and she's like "I'm sorry, it's a little expensive, but since this is your first time here, even though it normally costs this, we'll give it to you for this--we're going to give you a discount" and then he goes "do I look like someone who needs a discount? Take off the discount" and then basically is like I'll pay more then I should. The implication being that he's stupid, as the stereotype of people from the Gulf is that they like to waste money for no reason. There's a lot of other elements there, but that's the general gist.
Click to expand...

The funny thing is, no one is even asking for Vlahovic type signings. Just for decent players with actual upside (rather than perma fodder like Bakayoko, Ballo Toure etc) to fill out glaring holes in the squad.

Pigeon said:
imagine tonali and renato behind him? monstrous
Click to expand...

maaan, Renato would fit like a glove in this team... if he's smart and doesn't want to repeat the Bayern fiasco, he will come here. Benny-Tonali-Renato would seriously be the best midfield trio in the world in 1-2 years

milanator said:
Dybala to Inter probably means Martinez gone. I give them that it is another good stop gap for them as the overrated fraud Dybala can probably look good as a passenger in their system, but it also means that they downgraded from Hakimi-Lukaku-Martinez-(Eriksen) to Darmian-Dzeko-Dybala-(Hakan). That happens if you don't balance the books.

Also they may compensate relatively well on field but they are shooting up their wage bill while all players with value will be sold soon. That is straightforward living off and eating up your substance, they are in deep shit.
Click to expand...

Difference is they sold both Lukaku and Hakimi for a profit and got decent replacements with part of the money.

We got zit for Hakan and Donna.

I love how (redacted) has transformed from a player that everyone hated and said sucks, to a player everyone hates and now cites as some massive failure by Maldini to not re-sign.

Levi said:
Yes, I want to buy +30m players. How else are we expected to compete? I'm all for investing in promosing youngsters, but that has to be accompanied by a serious intention of strengthening the squad with sure fire-power. Were Messias, Bakayoko, Pellegri and Giroud supposed to make us title contenders this season?

The reason why I mentioned Tonali was to show how desperate this ownership is to save every penny possible. We're cheapskates. It hurts to say, but it is what it is.
Click to expand...

Were you annoyed when we bought Ibra for 24m instead of 60m too?

Some people here were.

"Ibra is so shit because he only cost 24m"

I love it how folks continue to excuse managent to get it into thos situation to beginwith. 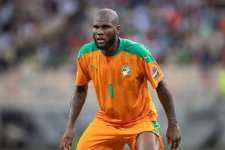 Master Smurf said:
All I'm hoping for is something close to that magical diamond midfield though this new generation will be a trio
Click to expand...

Not entirely accurate - many were happy he left because we thought we were spending ...30 mill on RdP or similar and when it materialized that we were actually taking a step back because we went from two players to one who wasnt proven then people got loud.
If Maignan had flopped you dont think people would be crying for Gigio?

Ash said:
I love it how folks continue to excuse managent to get it into thos situation to beginwith.

Sent from my SM-G975F using Tapatalk
Click to expand...

It's a shame only Milan are losing players for free.

Well if you turn it that way

Ash said:
I love it how folks continue to excuse managent to get it into thos situation to beginwith.

Sent from my SM-G975F using Tapatalk
Click to expand...

you should really stop harping on this

its happening to literally every top club (PSG, Barca, Juve, Bayern, Chelsea). Its a new trend in football and teams will have to adjust
Show hidden low quality content