since the commode XXXIV was named from Mandela to Mugabe, can we rename this one from Mugabe to Mubadala?

taura said:
since the commode XXXIV was named from Mandela to Mugabe, can we rename this one from Mugabe to Mubadala?
Click to expand...

This fucking genius, honor him

Hitchens said:
Mubadala ain't buying AC Milan for 1.1 Bn to fucking dilly dally around with loan with option to cry.
Click to expand...

isnt that the same owner of man city? lol

Kasoka said:
There was an Athletic article about that going into the details how the club operates. I don't have access to that site anymore and it's been over a year since i've read it, so i will have to go of memory (and may misremember some things):

1. Scouting department and data department work seperately in order to avoid influencing each other and then compare notes on players together once an analysis has been made in each department. Those reports are of course made available to Maldini and Massara.

2. Decisions are ultimately made in a technical committee that involves Maldini, Massara, Moncada, Gazidis, Almstadt (Gazidis right man) and Elliott's guy (Giorgio Furlani?). Essentially the sporting side (Maldini, Massara, Moncada) and the financial side (Gazidis, Almstadt, Furlani) making decisions on two obvious paramaters: Sporting success and the financials of the club. 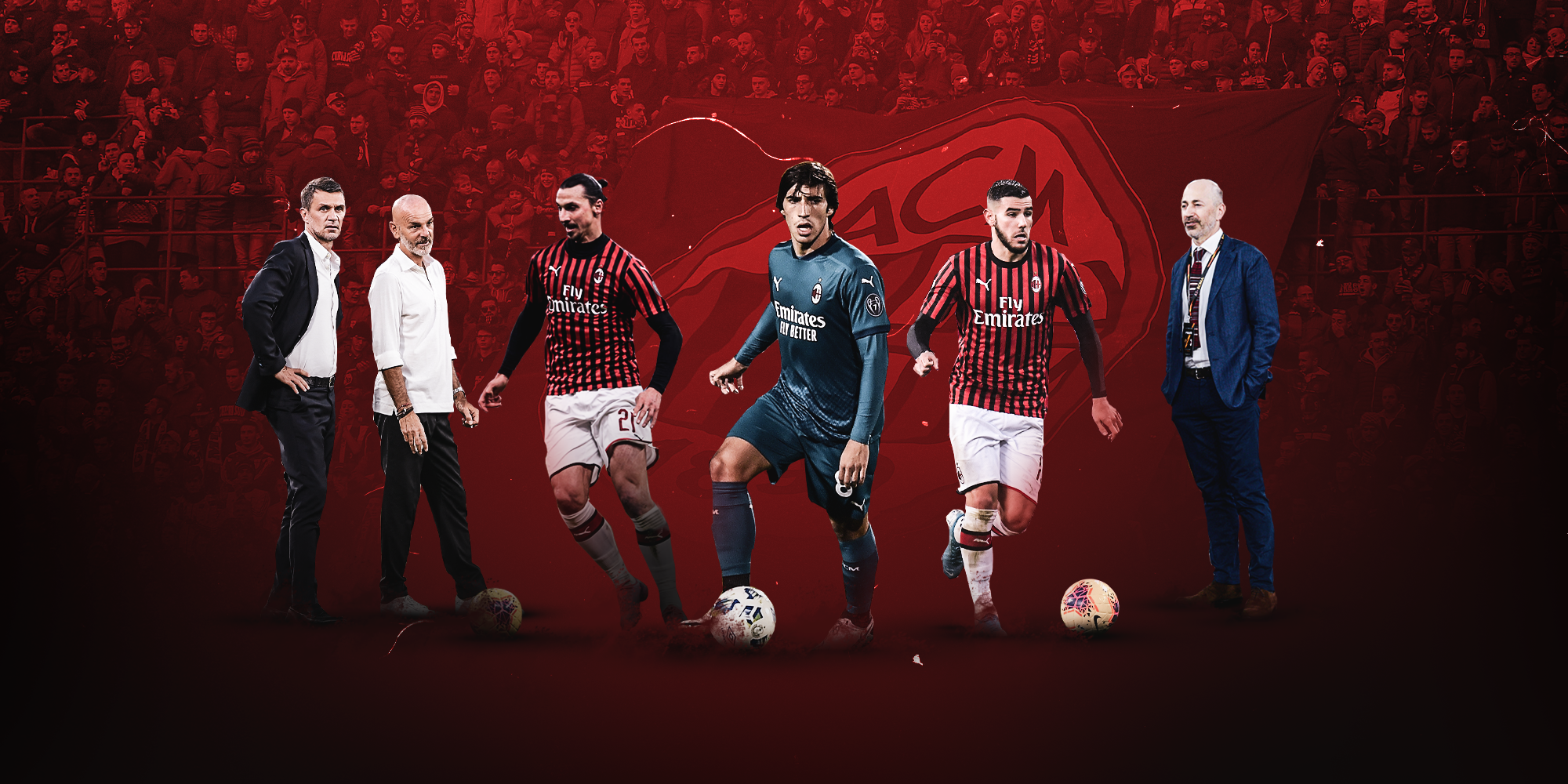 The Athletic speaks to Paolo Maldini, Ivan Gazidis, Stefano Pioli, Theo Hernandez and other key figures about how Milan plans to rise again

brk said:
There was a long athletic article a year ago about the process. It was very informative.
Click to expand...

I like how your process doesn’t involve Pioli at all, not even in a “just to let you know” manner.
Sure they make the decision but I’m sure they involve him in it.
Click to expand...

That goes without saying, and it's been highlighted how important it is to actually couple coach+players+vision+finances together into a coherent strategy.

But Pioli is more of a frontroom figure. It's the Casa Milan stuff I'm most curious about.

Thank you! I never got around to reading the article and forgot about it!

I like how your process doesn’t involve Pioli at all, not even in a “just to let you know” manner.
Sure they make the decision but I’m sure they involve him in it.
Click to expand...

Sorry, I was just referring to the executives aspect of it. I don’t think Pioli is very involved, though, not to the extent someone like Conte is.

He has really earned the right to be with what he has done with this club.

Pioli can be frustrating at times, but fuck what he is done is incredible

I love mubabubadala with everything in my heart

looked like he was about to die at some point. Being a Milan fan is not healthy.

at this rate, i expect mahrez to come for free

But our rb is Davide. Far from a top fullback attacking wise

Kojak said:
We currently have Messias + Saele starting @ RW so it's going to take time before we can attract the likes of Mo Salah takeover or not. However, a Mahrez calibre signing would be a step in the right direction and after a season or two of signing similar quality players we will become an attractive destination for the very best in the world again.
Click to expand...

mazraoui still hasnt signed for anyone... and hes asking for 5m

Mario said:
mazraoui still hasnt signed for anyone... and hes asking for 5m
Click to expand...

Mazraiola? Is he any good?
M

The next journalist would say Mubadala wants to close soon. In reality, these journalists have no clue.

agreed. all milan needs is CL and money, and players will come back. It is a no brainer. I may even join milan, and im a fucking superstar
R

The Fly Emirates kit deal is going to get a lot bigger I think lol.

Stitches said:
Mazraiola? Is he any good?
Click to expand...

shit i forgot he represents him

i didnt see to much but he seems pretty good, people rate him and bayern are willing to pay him big (ish) money and they dont usually do that

mumbojumbo said:
The next journalist would say Mubadala wants to close soon. In reality, these journalists have no clue.
Click to expand...

Vitiello is a pretty good source.

Seemed outside his character, but he's about to sign for them anyway

Lol I was talking about tier 1 top players specifically i.e. Salah, Mbappe, Haaland, Pogba etc who are still out of reach despite the takeover until we build a competitive CL squad. Anyway, we'll see who we end up with this summer.

To think, it has been almost 15 years since Milan's last major win on the biggest stage of all in club football(UCL 7) The downturn in our club's fortunes proceeded thereafter.

Links to the Abu Dhabi United Group date back to that time period. Silvio refused to sell after they bought City in 2008.

Now the same group is set to take control of AC Milan via Investcorp/Mubadala. The upturn in fortunes will now finally drive our ascent towards UCL 8.

mrki said:
But our rb is Davide. Far from a top fullback attacking wise
Click to expand...

He doesn’t need to be, in fact he’s perfect if he provides occasional forward support but mostly covers defensively for a very attack minded RW. Basically rotate to 3 very fast players at the back when we are attacking and allow Theo to push forward with a DM covering him (like Kessie used to).

That’s how you dominate and suffocate teams like Liverpool does. BUT we need better training/conditioning and depth to do this across a European and domestic campaign.


Seemed outside his character, but he's about to sign for them anyway

at least i agree with Romagnoli on Journalists.
Show hidden low quality content