Madrid left a huge hole in midfield for Bernardo

Wild said:
Pep need to change things in attack.
Rahim instead of Mehrez is a good start.
Click to expand...

Wild said:
Pep need to change things in attack.
Rahim instead of Mehrez is a good start.
Click to expand... 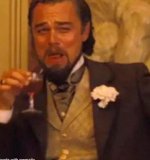 Mahrez would be a dream in our squad.

Look at him on top of the hill

Poor @leaf. Pep would've choked if not for this bet.

doraemon said:
I wouldn't be surprised if carlo pull a manu on city next week and benzema having a kaka 2007 season
Click to expand...

RM played really well for 50M, Vini missed an absolute sitter (Leao> btw) and that Benzema header very early on. They had to take their chances against a vastly superior side and didn’t.

There is always the ref.

Let City win their first CL. Much better than Liverpool winning it's seventh or Real walking further away from us.

Forget Mahrez, no way he's coming here after playing in the CL final regardless of his contract situation or the takeover

Rossonero81 said:
Let City win their first CL. Much better than Liverpool winning it's seventh or Real walking further away from us.
Click to expand...

Hitchens said:
Look at him on top of the hill

Swagotelli said:
Asensio doesn’t look like someone who would change the game (let’s see if this is a jinx)
Click to expand...

Proving me right so far. He has been linked with us for RW. I don’t think he is the right player for us at this stage.

City passing the ball is amazing.

Not with that attitude.

I guess we get another all English final

According to Carlo Pellegatti’s latest column for MilanNews, directors Paolo Maldini and Ricky Massara have made a ‘significant’ step forward towards signing the 24-year-old Portugal international.

That is because the amount of salary per year that Sanches is requesting through his agent Jorge Mendes has fallen to the parameters desired by the Milan management. The price tag has never been an issue and is somewhere in the range of €13-18m.

The hope is that the deal can be fully agreed in the coming days and weeks so Milan beat the competition to a player who can be a real difference maker in midfield.

Not any time soon, but never say never.

Rossonero81 said:
If we keep playing in a 4-2-3-1 formation next season, we surely can't rely on Adli and Diaz. I like Adli from what I've seen. He's a talented player, but we can't rely on him on CL-level and in high profile Serie A matches. Diaz isn't good enough right now and will probably never be good enough.

I don't think it's too far fetched that we might see a slight change in formation next season. Probably a 4-3-3 with more dynamic midfielders.
Click to expand...

While I worry that Adli will need time, perhaps a Tonali-like gap year, I don't think it's impossible he hits the ground running. If we've won (and dominated) big Serie A matches with Brahim and Krunic, I don't think Adli will be a problem. In the CL? While the boys froze (initially) at Liverpool, against Atletico, they came out roaring. Each game in our group was a quarter-final level, and I think they did well for their first year.

Plus, Renato, if he does come, will add a huge dimension and flexibility to our game. I think we have shown 433 looks already, while I might not rate Brahim I am much more bullish on Adli. I think he's going to surprise people.

Even if we had just Adli there, with Brahim and Krunic to back him up, not even counting Renato, having an actual RW would fundamentally change the way teams play against us and the space would open up for us. RW has to be priority number 1, without question.