General said:
Please do a donnarumma v mike m side by side
Click to expand... 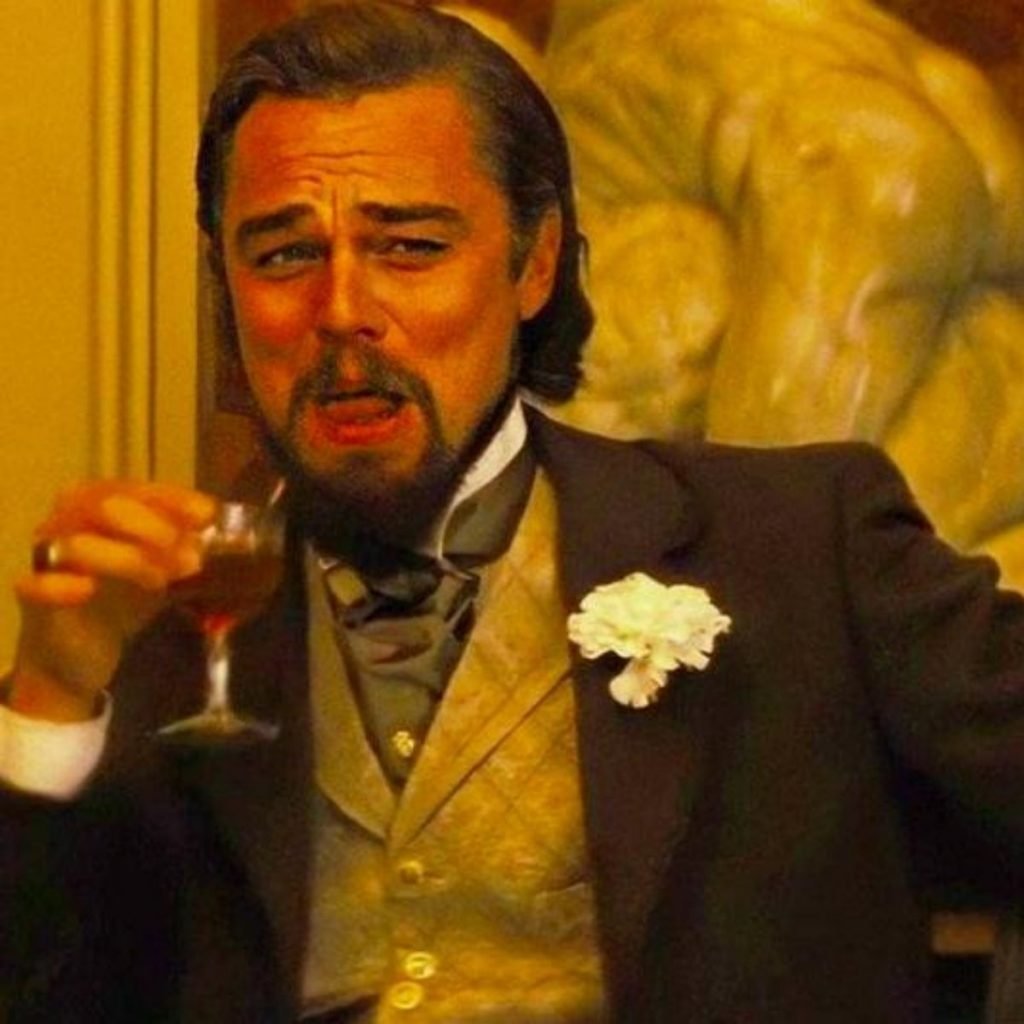 Rossonero81 said:
I am not worried about Juve at all. They will be without Chiellini which is a massive blow for them. Dybala leaving on a free won't make them stronger either. Pogba is a solid player, but certainly not a huge upgrade for them. We are much stronger and with a few reinforcements we will only look at them in the rear view mirror.
Click to expand...

Pogba will be out injured half of the matches

AC Kid said:
Lmao those fuckers at PSG did it. Mbappe #SeQueda
Click to expand...

What a whore Mbappe is.

Power with the board on all club decisions

Can't wait to see what will happen to that circus once the scandalous World Cup is over.

Hitchens said:
From tomorrow I suggest @brk and @Samaldinho change their avatars to something hand picked Milan related and not a snail and David Beckham, as well as personalizing their subtext to something other than "Milan legend".

So, for todays conversation:

Who is your favourite Milan player in the current squad, and why?

Mine is Pierre Kalulu, followed very closely by Sandro Tonali. To me they symbolize both our project and the type of player personalities we want representing this club for the next 10-15 years.
Click to expand...

I'm indecisive on random things, so that's gonna be a big ask to customize stuff.

As far as my favorite player? I actually really love this team. It would hurt to see any of these major pieces leave. They have an energy that I love. I always had a soft spot for the 10-12 squad, because they were good, and I thought they could have been the start of a new cycle had we kept Ibra and TS. This team is one we watched grow, and it's like our confidence in being Milan again was granted by them.

So Kalulu is just this good kid becoming one of the best young CB in the world, Tomori is this alien slash matrix character defying physics, Theo is a train who looks like he would go for glamor but is intent on rebuilding Milan, Maignan is like Gandalf and a lion combined, Calabria is a kid who has no physical gifts but has worked hard to become captain (and his story about growing up, buying tickets in the curva nord to watch Milan games because it was cheaper, it just... he's a real Milan fan), Bennacer is class on the ball but fights to the end, Tonali is a golden boy who was pushed to the side and fought for his place and to achieve his dream, Leao is the hotshot talent who actually is learning, wants to learn, to grow and to use his superpowers, and of course there is Kjaer who is like a Field General, marshaling the troops, or the spirit of our subs, pushing themselves like Rebic running after every ball or Tata saving the pen against Inter or even Samu winning points and crying because of what it meant to him... you see Daniel scoring and how that continues a legacy, or even Brahim's flashes of talent and how that changed the Inter game, the turning point of the season, Krunic being selfless, Florenzi always smiling, without ego, pushing to come back from surgery twice to help the team, even Balo running and pressing after nearly getting his leg snapped in half, and how can you not cheer for Messias with his story? Even Alexis, who busts a lung every time he is on the pitch, and needles opponents, or Giroud's face when he scores the second against Inter? He is clutch. Romagnoli caring, fighting, clearing header off the line against Inter, or Gabbia having the courage to step on the pitch when he is so worried about making another mistake. Even Kessie, when you see a man using sheer will to overpower everyone, you wish he wasn't being an idiot and leaving, but that is his loss...

Originally, I was going to say Ibra, because I love his attitude, the behind the mask attitude, the tremendous talent, capable of the spectacular that isn't some thunderbolt of Thor, but the dedication of someone doing whatever they can to emerge from a tough life. That is the attitude these boys need, and Ibra (and Kjaer) provide that big brother energy while Pioli has given them the support and plan to maximize them...

But man, this team, I'm so proud of them.

I think about that Milan fan crying when we were beating Liverpool. We missed this team, these boys, they gave us our heart back. I understand why he was crying, it was like our souls were lost and it was these boys who brought us back.

So I can't pick one, this team... they brought Milan back for me, and I will always appreciate them for that.

ForzaMilan2 said:
Will be kind of funny and maybe a bit scary if InvestCorp ends up buying prInter. Given the recent directives from China, they will probably end up dropping the asking price, so that may actually happen.
Click to expand...

Thats actually not a bad thing - can move forward with new stadium, another strong Italian team for Serie A and CL and forces us to not rest one second.

Hitchens said:
The festival he himself started. People used hours of their time trying to locate his whereabouts out of sincere concern for his well-being and he shows up with a shrug and fuck off.

Agreed, but it doesn't really matter to me. It only tells me that we have great people on the forum who were willing to use hours of their time to find someone they haven't met in real life. It means that this forum means a lot to them and I am happy to be a part of it. Especially now that we are on the verge of winning a beautiful prize. Forza R&B.

any chances of Mbappe requesting for Samu and Krunic at PSG?

Also think about their coach whoever it will be..you wanna sub me out at 70'? Aight say goodbye to your job

Fav. Players
too many great players to list but if pushed all time favorite player: Maldini

brk said:
Mike Maignan. Winner. Leader. Modern goalkeeper. Allows us to do so much tactically in our buildup. Love the guy.
Click to expand...

An incredible signing by MMM especially when you consider the circumstances of his signing.

Donna and his agent playing the greed game only to be told by MMM “We have your replacement signed already you can leave, best of luck with your future”

Disgusting or not, a big L for Perez.

With Vinicius, it wasn't really their biggest need anyway. I'm not scared of a Real Madrid bid for Leao, I don't think Perez wants to hurt us anyway.

Hitchens said:
Disgusting or not, a big L for Perez.

With Vinicius, it wasn't really their biggest need anyway. I'm not scared of a Real Madrid bid for Leao, I don't think Perez wants to hurt us anyway.
Click to expand...

How so when Perez and Madrid shit all over them in the CL next year?

General said:
How so when Perez and Madrid shit all over them in the CL next year?

You know how so. He likes big publicity for RM.

Hitchens said:
This is an opinion I think about all the time:

From the owners and Gazidis we have been given a strict financial framework which makes top 4 likely but titles unlikely.

Paolo Maldini is the difference. His guidance of the technical area is the difference, and is what will enable us to compete even without free economic reigns. Also under RedBird. Maldini is the certainty that elevates the decision making and building of the squad, because he knows quality, he knows what a winning group needs, he radiates confidence and success.

I've believed this about Maldini ever since he came. We don't need major signings to become a major European player, because we have Maldini and his wisdom, vision and experience. Theo is the embodiment of that work, I think he can become a Ballon d'Or-winner once the teams quality enables him to score those insane goals on the biggest stage in the CL.
Click to expand...

Pioli has been the biggest factor for me.
Maldini could've made slightly better decisions in the summer and January. Even a free agent or loan to fight with Diaz. But that's being super super picky.

tonyb said:
Pioli has been the biggest factor for me.
Maldini could've made slightly better decisions in the summer and January. Even a free agent or loan to fight with Diaz. But that's being super super picky.
Click to expand...

Yeah, I'm not taking anything away from Pioli. I love him. But Paolo has given him wonderful conditions to shine.

Making a player > club, what a shit club PSG is

Of the 21,500 seats at MAPEI Stadium, at least 18,000 are expected to be occupied by Milan fans on Sunday. [La Gazzetta dello Sport]

Birsaforever said:
I almost cried reading the effort of some to find me, especially by MilanMB but i feel i don't belong here anymore, i'm sorry.
Click to expand...

taura said:
Of the 21,500 seats at MAPEI Stadium, at least 18,000 are expected to be occupied by Milan fans on Sunday. [La Gazzetta dello Sport]
Click to expand...

Curious to know how they estimated this.

joyrider said:
What a whore Mbappe is.
Click to expand...

What does that make Leonardo I wonder? I'm embarrassed that he has ties with us

DonSilvio said:
What does that make Leonardo I wonder? I'm embarrassed that he has ties with us
Click to expand...

He will always be a judas for me

Hitchens said:
I'm not scared of a Real Madrid bid for Leao, I don't think Perez wants to hurt us anyway.
Click to expand...

I dont think he wud hurt RM like that.

Has Mbappe pissed Perez off for good? PSG have only extended him just to sell him yr down the line... Utd?
Show hidden low quality content