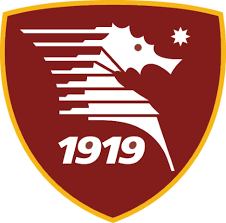 salernitana promoted to serieA this season, from town close to napoli looks like coming back to serieB
current captain - ribery is injured, other than that simy is only player you may recognize in that team.

they leaking many goals (2nd worst defense) so expect defending deep, just dont gift them any goal because salernitana attack is the worst in serieA.
3 days later - 07.12 - we have home game against lpool, about our final position in group and europe in 21/22 season - so ideal would be to end the game in first half.

ultra high press high energy team when everyone is healthy.

Play a high line and we could match anyteams press and counter press.

Romagnoli has to find his feet, we have no other choice.
V

Hoping at least safe 2-0 with no injuries before Pool.
Worst team in seria a bar none.

Play a high line and we could match anyteams press and counter press.
Click to expand...

All I'm asking is no more injuries, the Kjaer injury was like a slap in the face, feels even worse than the losses against Fiore and Sass.

Any update on Bennacer? Would be great to have him available here to take away minutes from Franck or Tonali in view of the Liverpool game.

I don’t practice salernitana, I ain’t got no crystal ball
D

Pioli: "Recovered #Bennacer , he trained today, the one ahead of the injured is Castillejo, he will soon be back to train with us, the others are improving"

Hopefully Pellegri gets on the scoresheet and we win comfortably with a clean sheet. These are the type of matches we need output from our reserves. It's a perfect opportunity with Inter going to Rome.

Last home game the crowd was great but the team let them down. Hope they don't disappoint again. The Atletico game might have conditioned us against Sassuolo, whether mentally or physically or both. It was a bad reaction and not one you'd expect a great team to have.

We need to keep winning all the way through December, winning the Napoli game also. Dropping points should be something this team absolutely refuses to do whether against weak or strong teams. I didn't like the attitude against Sass and I really hope Pioli taught them that lesson, not to take things for granted and that we have to work harder than the opposition.

Romagnoli has to find his feet, we have no other choice.
Click to expand...

Nice lineup but not him... feck him.

I'd rather play Messias RW, Alexis LW and Leao CF.

what a terrible suggestion lmao

i expect bennacer to play in second half

I think it's important for him to get his rust out when we can still sub him out. He's going to be playing a lot in January so to get him there in good form seems like a reasonable thing to do.

Those words should never be next to each other.

Light the beacons. Deliver this win to Simon boys.

I guess Alexis is starting today because Messias will start against Liverpool.

gioiuzza said:
I guess Alexis is starting today because Messias will start against Liverpool.
Click to expand...

Leao CANNOT start as CF, I’m traumatised as it when he playing there last season. He’s a LW, that’s where he flourishes. Not CF.. too bad Rebic is injured as he can play CF better than Leao

Cloren said:
Leao CANNOT start as CF, I’m traumatised as it when he playing there last season. He’s a LW, that’s where he flourishes. Not CF.. too bad Rebic is injured as he can play CF better than Leao
Click to expand...