Your dream XI and tactics

Front 3 have no set position. All have free roles. Gone for the team that would play the best/most fluid footy

U judas... return those 30 pieces of silver and include Cantona in the starting 11.

tryin to build a swag fc. currently got:

From the players I've watched, these are not necessarily the best players I've watched, but the team with the right kind of players to win any match any day against any team. I hate it when I see uber-attacking formations on most fantasy teams, because most such teams I see wouldn't make much of an impact on a real game.

Bench: Neuer (beast), Cannavaro (smart), Zambrotta (can play both sides at extremely high levels), De Rossi (complete CM but defence > attack) Seedorf (complete CM but attack > defence, and is a leader), Totti (for the magic. I always thought he was more magical than Zidane, but just not as consistent, which could possibly be because of the team around him at Roma), Ronaldo (the original).

Buffon's inclusion is beyond question.
Silva, so the defence can't even be beaten by pace. Nesta for orchestrating and Maldini because he is the one and only God that created heaven and Earth!
Gattuso and Pirlo because that was the most awesome tandem at their prime.
And the captain is a no brainer.

Pedro said:
Who else you'd expect instead?
Click to expand...

I expected it to be more varied. Personally I think it goes Schmeichel 1, Buffon 2, but each to their own. 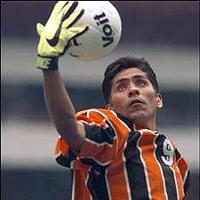 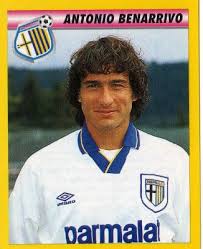 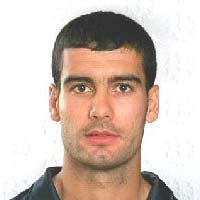 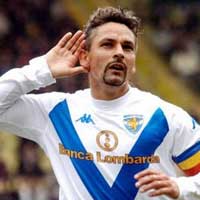 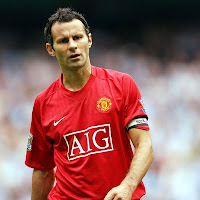 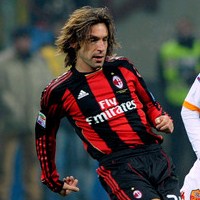 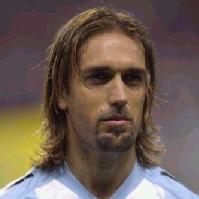 Jorge Campos: obvious choice really. Crazy and flamboyant goalkeeper, with a good overall technique, great reflexes and with the occasional rushing out. I just love a goalkeeper who can play with his feet. Scored his goals too, as goalkeeper and attacker, AND, last but not least, made his own costumes.

Antonio Benarrivo: fell in love with him in USA 94. Ran for 90 mins up and down the line, played with his heart, a full back who loved attacking, and had a good technique. Everything a great full back needs to be.

Jaap Stam: badass defender, attackers were scared to take him on, unbeatable in the air. A true warrior.

Paolo Maldini: no words to describe him. One of the most elegant football players ever to play the game. Razorsharp tackles and classy control of the ball. The perfect leader.

Roberto Carlos: like Benarrivo, ran u and down the line all game long. Great cross, superb freekicks. One of the few fullbacks who could win a game on his own.

Pep Guardiola: a commander of the midfield. Great vision and passing, was a bit slow but he made his teammates run. Very gracefull and really the brain of his team. No wonder he turned out to be a great coach.

Jay Jay Okocha: most ridiculous technique I've ever seen on a player, in terms of freestyling on the pitch. Ronaldinho being a close second. Good freekicks, great long shots and a bit crazy. Always wanted to give something to his audience. Just perfect.

Roberto Baggio: greatest Italian football player of all time IMO. Just like Maldini, no words can really describe him. One cannot be angry wih him playing for the big three in Italy, he's a player who belongs to everybody, he just wanted to spread some joy through football. And kept Brescia in Serie A for four years straight. Legend.

Ryan Giggs: best left winger I've ever seen. The fact that he still plays, after +20 years, means something. Has everything that I love in a football player. Speed, technique and perfectly timed passes.

Ronaldo: without a doubt one of the best players ever. Ridiculously fast, superb close control, incredible technique and clinical when it came to goal scoring. It's gonna be a long time before we see another player like him.

George Weah: physically a beast, and just like Ronaldo, fast with an unbelieveble technique. Just not always as clinical as he could've been.

Andrea Pirlo: just a joy to watch him play. At the height of his carreer, between 2003 and 2006, he had no rivals in midfield.

Gabriel Batistuta: the perfect goal scorer. Not as fast and technically gifted as Ronaldo and Weah, but he had a sixth sense regarding goal scoring. Left, right, headers, short range or long range, it didn't matter to him.

I'm more interested at the fact that no one has Ronaldinho as yet.

Higuita was maybe TOO crazy

manutd fan said:
I expected it to be more varied. Personally I think it goes Schmeichel 1, Buffon 2, but each to their own.
Click to expand...

I had a massive amount of man love for Batistuta around 2000. Such a great player. United were so close to getting him aswell. Looks like the stereotypical jesus

necromancer said:
I'm more interested at the fact that no one has Ronaldinho as yet.
.
Click to expand...

At his best he was probably my faviorite player to watch.

Batistuta was ridiculously good during 98'.
He was always a joy to watch, plus Dino during his peak was simply insane.
Btw, has anyone mentioned Poborsky yet? He was fantastic as well.

pipa said:
Batistuta was ridiculously good during 98'.
He was always a joy to watch, plus Dino during his peak was simply insane.
Btw, has anyone mentioned Poborsky yet? He was fantastic as well.
Click to expand...

He was average at best in the EPL.

manutd fan said:
He was average at best in the EPL.
Click to expand...

He was good for Lazio and the NT.

Buffon- speaks for himself, one of the all time greats, super classy player

De Rossi-love him in the midfield, but think he could be a great CB from what I have seen of him there. great player, one of my favorites, adds elite passing from the back

Silva-one of the best defenders, if not the best, in the world. also extremely technically talented, gives a second elite passing CB as well as being a great reader of the game and defender

Lahm-great leader, great going forward, and is a good defender

Cesc-great passer, can score, and is excellent at spreading the ball

Bastain-probably the most complete midfielder in the world. can attack and defend, and is just a beast of a man overall. wonderful player

Pirlo-my all time favorite player. really makes the game beautiful. under-rated defensively, he has excellent positional sense and makes a ton of key interceptions. also is a great long range shooter. his vision is also amoung the best in the world. just a great player

Suarez-extremely hard working forward. plays tough, keeps moving and is a good scorer. would play SS in this formation, which is probably his best role. would help tracking back and his gritty nature completes the midfield's elegance

Chicharito-great natural goalscorer. his movement and instincts would be absolutely killer going along with the passing of the midfield


basically combines excellent passing with a ton of movement and a high work-rate up top. A team with partly players I like, a few that I kinda like I guess and fit in to complete the team I had in mind. No pure goalscorer, but the weapon is in all attacking players being hard-working and able to score (including the midfielders, except for Fernando Reges). Kinda like Milan does: forwards create space, and midfielders can score the goals after making a nice run forward. Unlike Milan, good fullbacks though. I forgot to make arrows that create a possible three man defense for when Lahm goes forward, but Criscito doesn't (Nesta and Silva should go bit more to the right then).

^^Easy with the arrows there, Mourinho.

Mr.Milanista said:
^^Easy with the arrows there, Mourinho.
Click to expand...

I actually could have added a lot more.

And pre-Inter Mourinho was my favourite coach.

Man, too many amazing players. This is quick favo team but I am sure I'm missing a ton. lol

SpartanMilan said:
Bastain-probably the most complete midfielder in the world. can attack and defend, and is just a beast of a man overall. wonderful player

Chicharito-great natural goalscorer. his movement and instincts would be absolutely killer going along with the passing of the midfield
Click to expand...

Ozil and Schweinsteiger both are limited to a point, particularly Ozil. Schweini is a likeable player, but best ever XI? Not really, come on.. Yaya Toure is a superior player in every respect.

Ozil still hasnt developed beyond a point, and is far from being a perfect modern CAM. He drifts in and out of games way too much. I'd rather compare him to a past-his-prime Kaka at present.

Chicarito on form is a good goalscorer. But he has been quite ordinary for a while now.

There is no doubting Matthaus... its a Q of whether you want an inter player ur team, an inter legend, there is Sammer too... where does 1 draw the line.

van Basten said:
There is no doubting Matthaus... its a Q of whether you want an inter player ur team, an inter legend, there is Sammer too... where does 1 draw the line.
Click to expand... 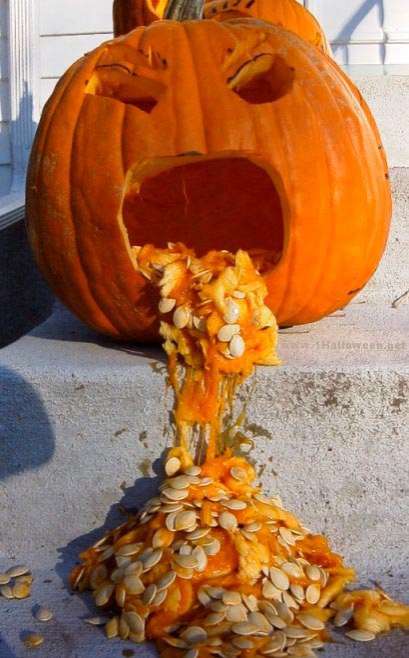